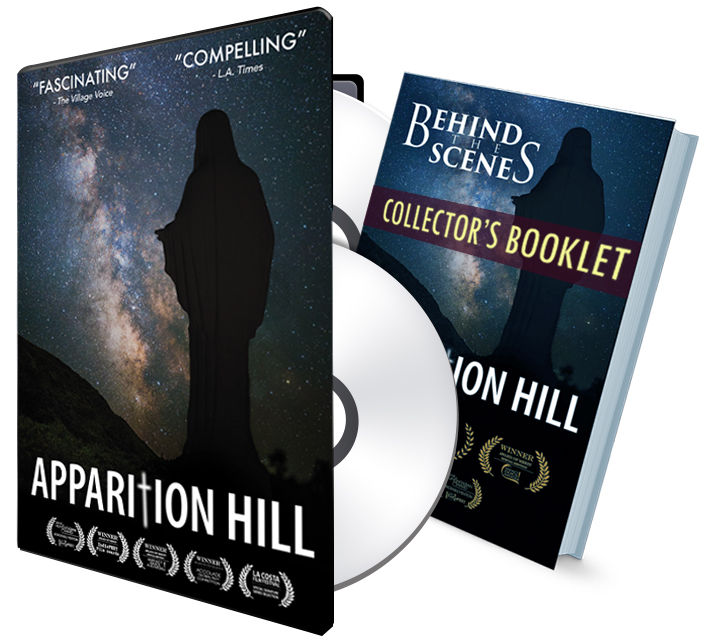 On June 24, 1981, the Virgin Mary reportedly appeared to a group of children near Medjugorje, then a small village in communist Yugoslavia. Now, exactly 36 years later—on June 24, 2017—an award-winning documentary investigating the claims was released on DVD and Blu-Ray. It is also now available for on-demand streaming.

Since premiering in 2016, APPARITION HILL has consistently filled cinemas in the USA and beyond. It also earned recognition in several film festivals and was among the 145 documentaries to qualify for the 2017 Oscars. The film sought to answer a difficult question:

Does Medjugorje represent a miracle of Biblical proportions, or an epic hoax? 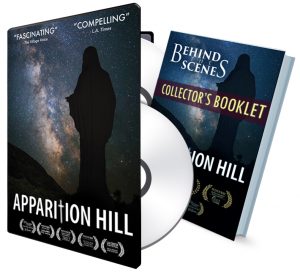 The children, now adults, claim that Mary continues to appear, in part to entrust them with secrets about the world’s future. The alleged miracles have drawn millions of people and propelled Medjugorje into one of the most visited pilgrimage sites in the world. According to a report published on May 14, 2017, the Vatican commission investigating the phenomena concluded that the first seven apparitions, at the very least, were “supernatural.” On the other hand, some remain skeptical about Medjugorje.

Apparition Hill began in February, 2015, when director Sean Bloomfield announced an online contest inviting people of all beliefs and backgrounds to submit videos stating why they should win one of seven free trips to Medjugorje.

To keep the film objective, Bloomfield and co-filmmaker Cimela Kidonakis chose two atheists, a young mother with cancer, a struggling addict, a Catholic with doubts about Marian apparitions, a father with ALS, and a believer raising nine children by himself. Along with co-producer Jessi Hannapel, Bloomfield and Kidonakis interviewed the group members before, during, and after the two-week trip to Medjugorje.

“We never expected every member of the group to be so deeply affected by the experience,” said Bloomfield. “But that’s exactly what happened. For example, one of the atheists has gone back to Medjugorje several times, and he even made rosaries for the cast and crew.”

In May, 2016, Apparition Hill opened in 20 cities and spread from there. Since then, over 50,000 people have seen the film in theaters, most of them drawn by word of mouth. Everything about the movie, in fact, has been grassroots—including two successful crowdfunding campaigns, a box office run in 50+ cities, and the screening program managed by Little Flower Strategies which allowed anyone to host the film at a local theater. The roughly 200 hosted screenings around the world have raised over $250,000 for charities.

A huge THANK YOU to the amazing screening hosts!

“We knew we had captured some beautiful moments,” said Kidonakis, “but it wasn’t until we saw the intense audience reactions that we realized how much impact the film had on people. Many who saw the film in theaters were so moved that they went on to host their own screenings.”

With hundreds of hours of footage that never made it into the film, the filmmakers had always wanted to share some of their favorite extra clips with the world. So now, Stella Mar Films is thrilled to release Apparition Hill as part of a 2-Disc Collector’s Set (DVD or BLU-RAY) which also features 30 bonus videos totaling 135 minutes and a 12-page behind-the-scenes booklet. 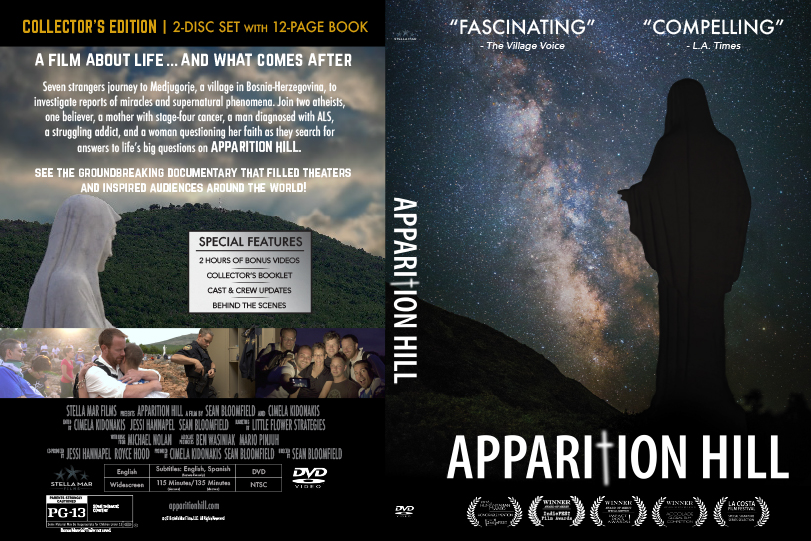 *Quantity discounts of up to 55% and Free Shipping are available to retailers as well as the general public. Purchase multiple copies online.

In addition, while hosted screenings are still being held in theaters, parishes and organizations can now organize Apparition Hill Movie Nights which include DVDs to sell at the door. 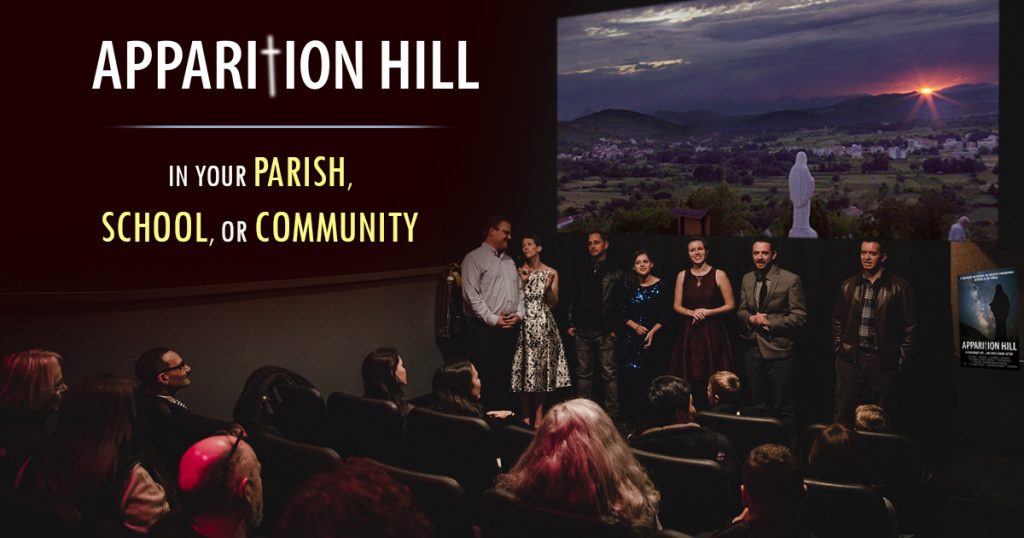 The filmmakers would like to thank everyone who has supported Apparition Hill from its inception up until today, and they hope that the release of the DVD allows people to spread the film’s important message of hope to even more people.

HELP SPREAD THE WORD! Download our press release about the DVD and share it with as many media outlets as you can. We truly need your help to reach the masses.