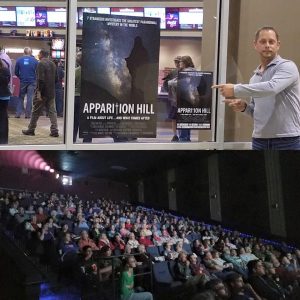 Invite one of the filmmakers or cast members to present Apparition Hill at your screening to help the story connect more with everyone who comes to see it. They love to meet the audience, speak about the film, and answer questions!

Also, promoting your screening as a special event featuring someone who helped make the film, or who was in it, is an excellent way to ensure a sell-out crowd!

The following are some of the cast and/or crew members who regularly speak at screenings and events. We ask for a speaker’s fee and travel expenses to help offset the costs associated with each of them taking time out of their busy schedules. Speaking fees start at $650 plus travel expenses. 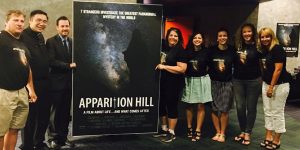 Because the Apparition Hill cast and crew bonded so much through the process of making the film, we highly recommend bringing more than one of the filmmakers and/or cast members to your screening!

To confirm a speaker for your event, please submit the inquiry form below and we will be in touch to discuss it further! 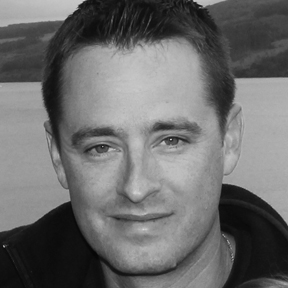 Sean is best known for directing films such as Apparition Hill, The Triumph, If Only We Had Listened, and others, which explore the phenomena of miracles, apparitions, and spirituality. As a writer, Sean helped Mirjana Soldo (featured in Apparition Hill) write her auto-biography, My Heart Will Triumph. Sean regularly speaks at events and screenings about the many life-changing experiences he has had through his work. Visit Sean’s website.

Cimela Kidonakis is a filmmaker with a passion for people and their stories. With a Greek father and a Mexican mother, Cimela loves to travel, especially to her father’s homeland, the island of Crete. Cimela’s journey with Apparition Hill began as an applicant to the contest and culminated in her becoming a co-filmmaker with Sean! With her fun personality, she’s available to speak at screenings and events.
Visit Cimela’s website. 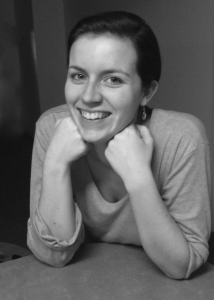 Jessi Hannapel is a young filmmaker from Dowagiac, Michigan. Since she was twelve years old, she has wanted to make inspiring movies that allow people to see the world in a different way. Her family has been a fantastic support throughout her life, and they encouraged her to pursue her passion for filmmaking. She graduated from Loyola University Chicago in May with a degree in Film and Digital Media Production. Jessi served as one of the co-producer and editors on Apparition Hill. 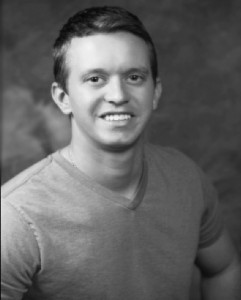 Royce Hood, Esq. is an attorney, entrepreneur and producer. He served as co-executive producer for the epic short film Sing a Little Louder, co-producer of Apparition Hill, and promotional producer for The Triumph. He is also the co-author of the upcoming book A Deacon’s Reflections. Royce works with a number of non-profit organizations such as the Thomas More Society and Catholic Witnesses, and he is one of the founders of the Law of Life Summit. He lives near Chicago with his wife Elise and their two children. 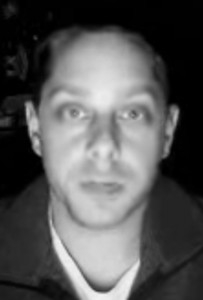 Mark, one of the two atheists chosen to be in Apparition Hill, remains one of the most steadfast supporters of Medjugorje as a place of pilgrimage. A police officer, Mark joined the group as an investigator of sorts. Does he believe in the apparitions after going there? See the film to find out, and invite him to speak at your next event so he can share some of the amazing backstory of his experience there.

“I don’t know what to do with Mary!” said Jill in her submission video to be part of Apparition Hill, and she certainly had a life-changing experience in Medjugorje. Jill is a dynamic speaker with a beautiful blend of humor and piety, so invite her to present the film and answer questions at your screening or event. 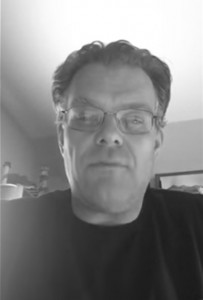 After losing his wife ten years ago, Rich has raised nine children by himself. He was the only “believer” chosen to be part of the cast, and he had been following Medjugorje for many years before going there for his first time to be in Apparition Hill. A gifted speaker, Rich is available to present the film, answer audience questions, meet and greet, and speak at related events. 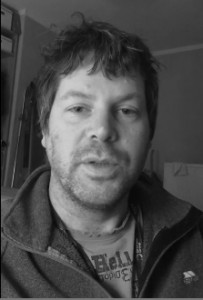 With his “cheeky” English humor and genuine love for people he meets, Peter was one of the two atheists brought along to be in Apparition Hill. His first trip there inspired him to come back several times within one year. Pete is available to present the film, tell some of the fascinating backstory behind the film, and answer audience questions. Because he travels from Leeds, near Manchester in Great Britain, Peter is an especially convenient speaker for events in Europe.